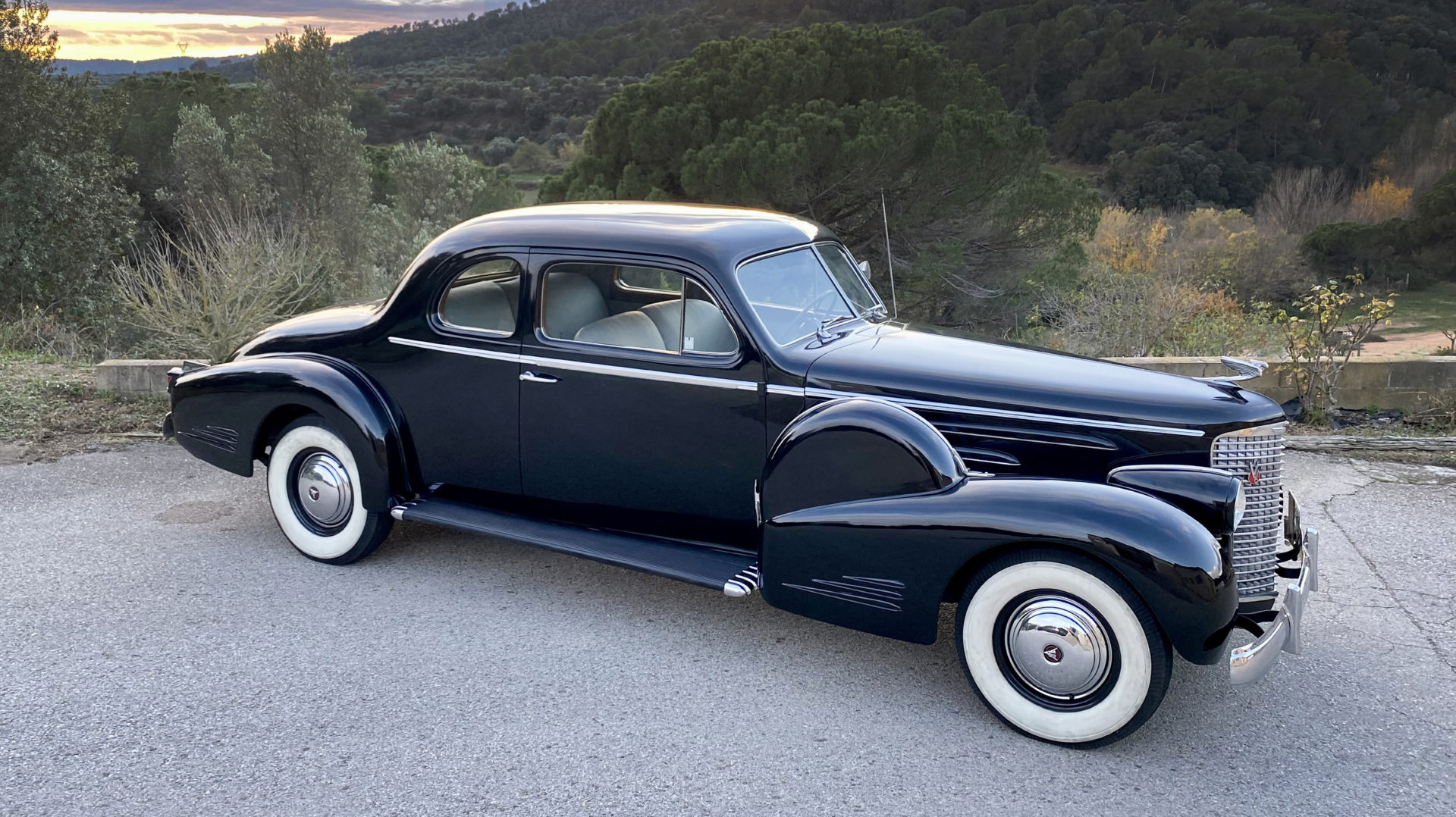 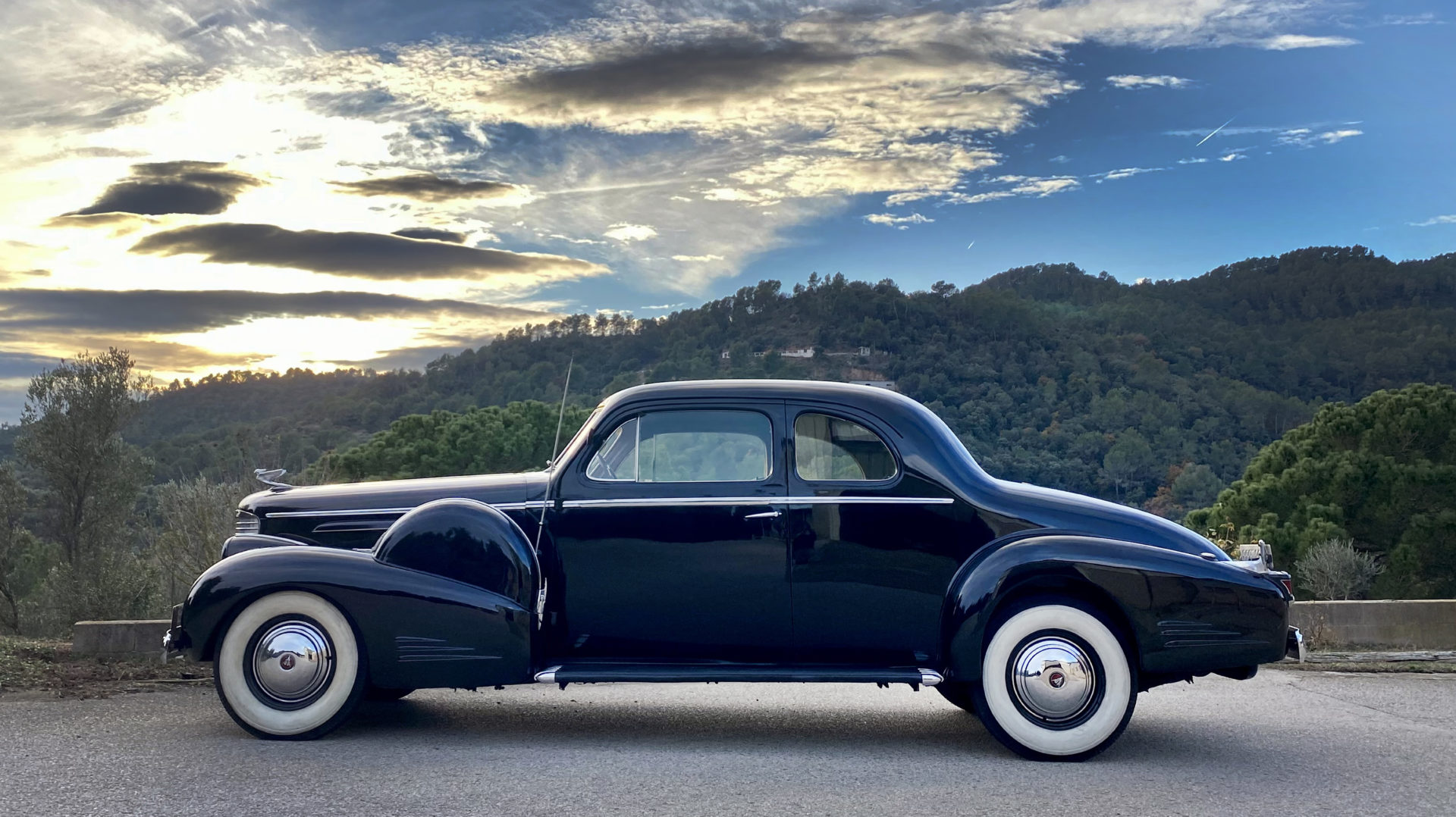 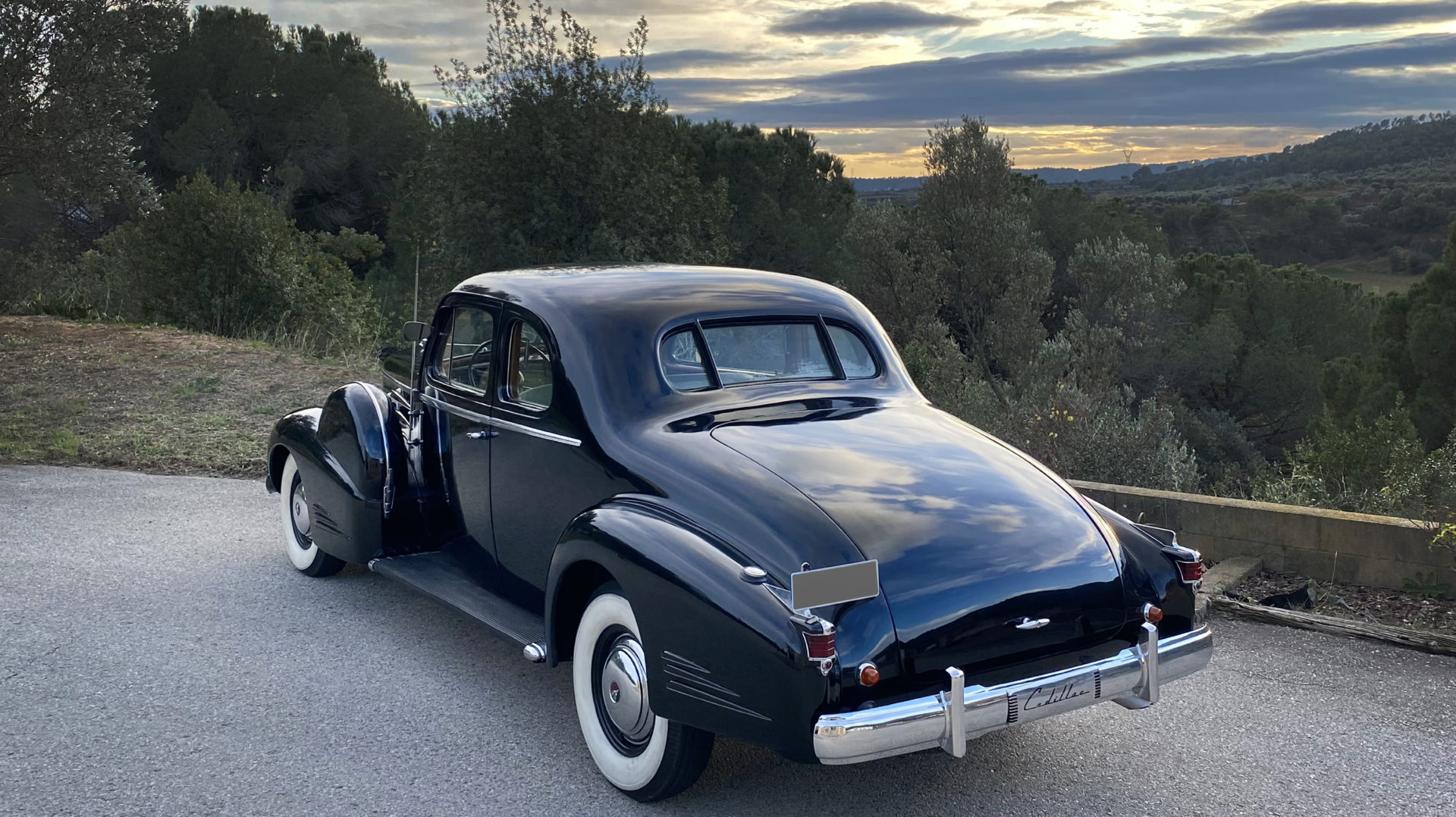 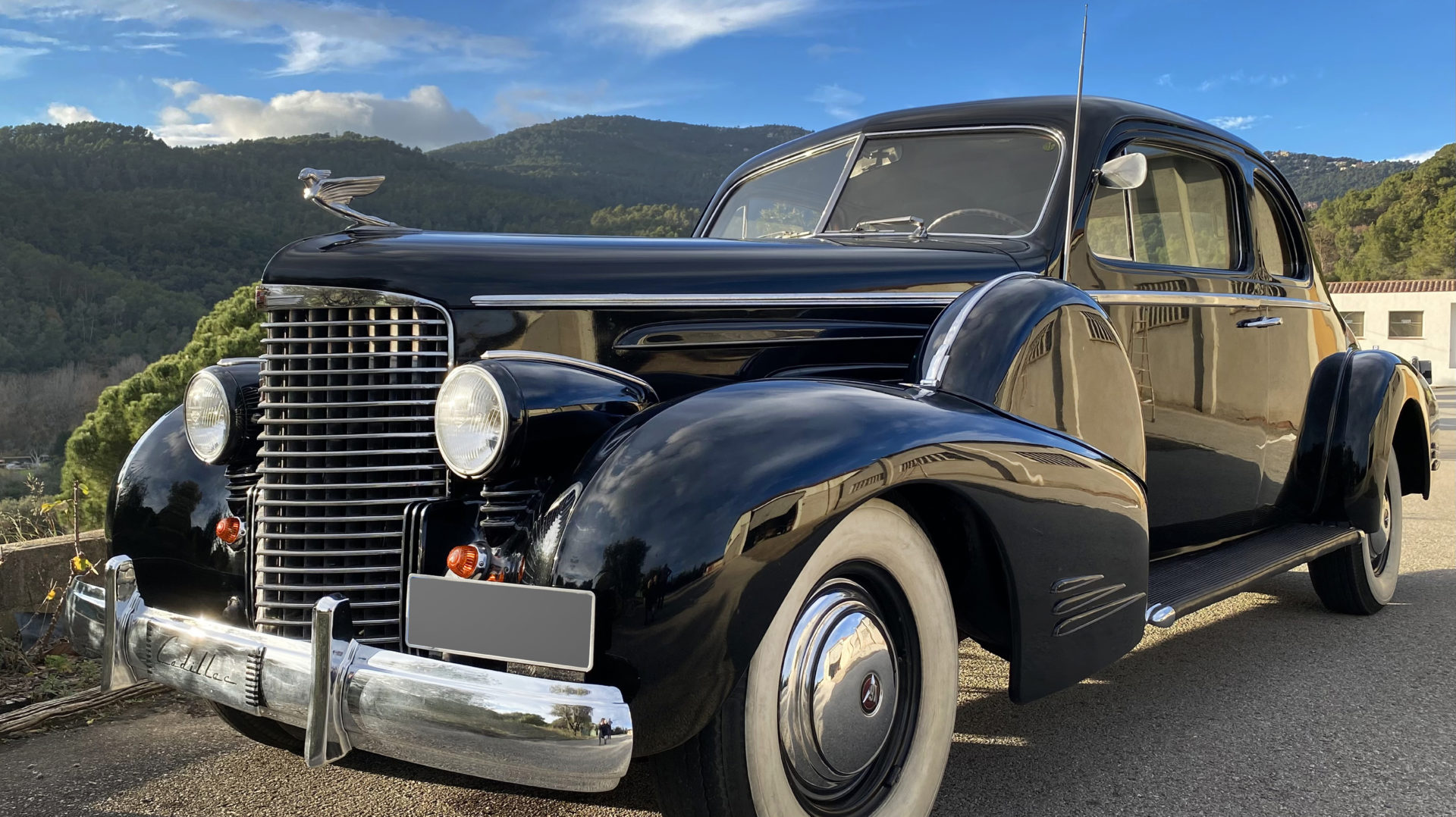 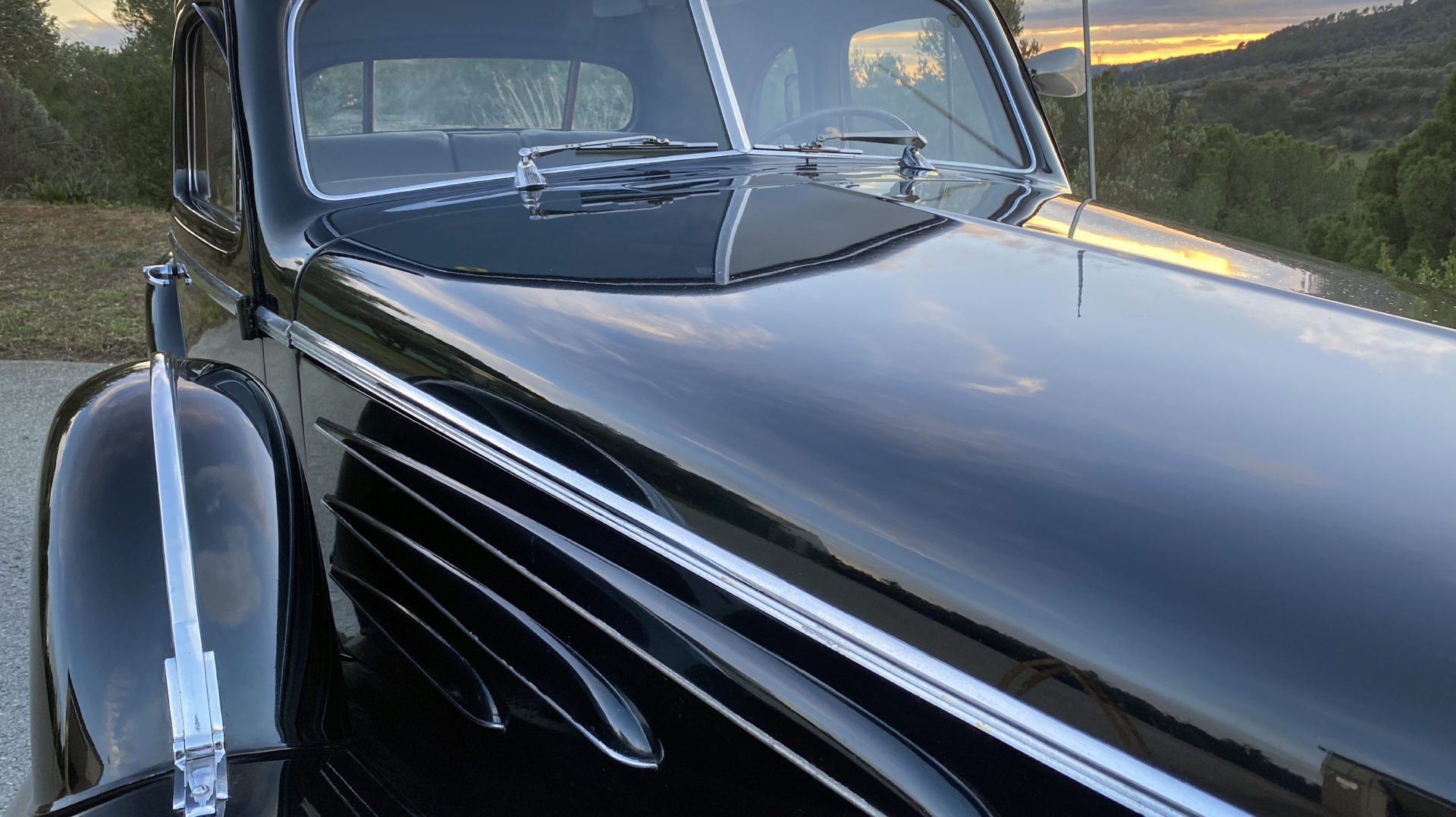 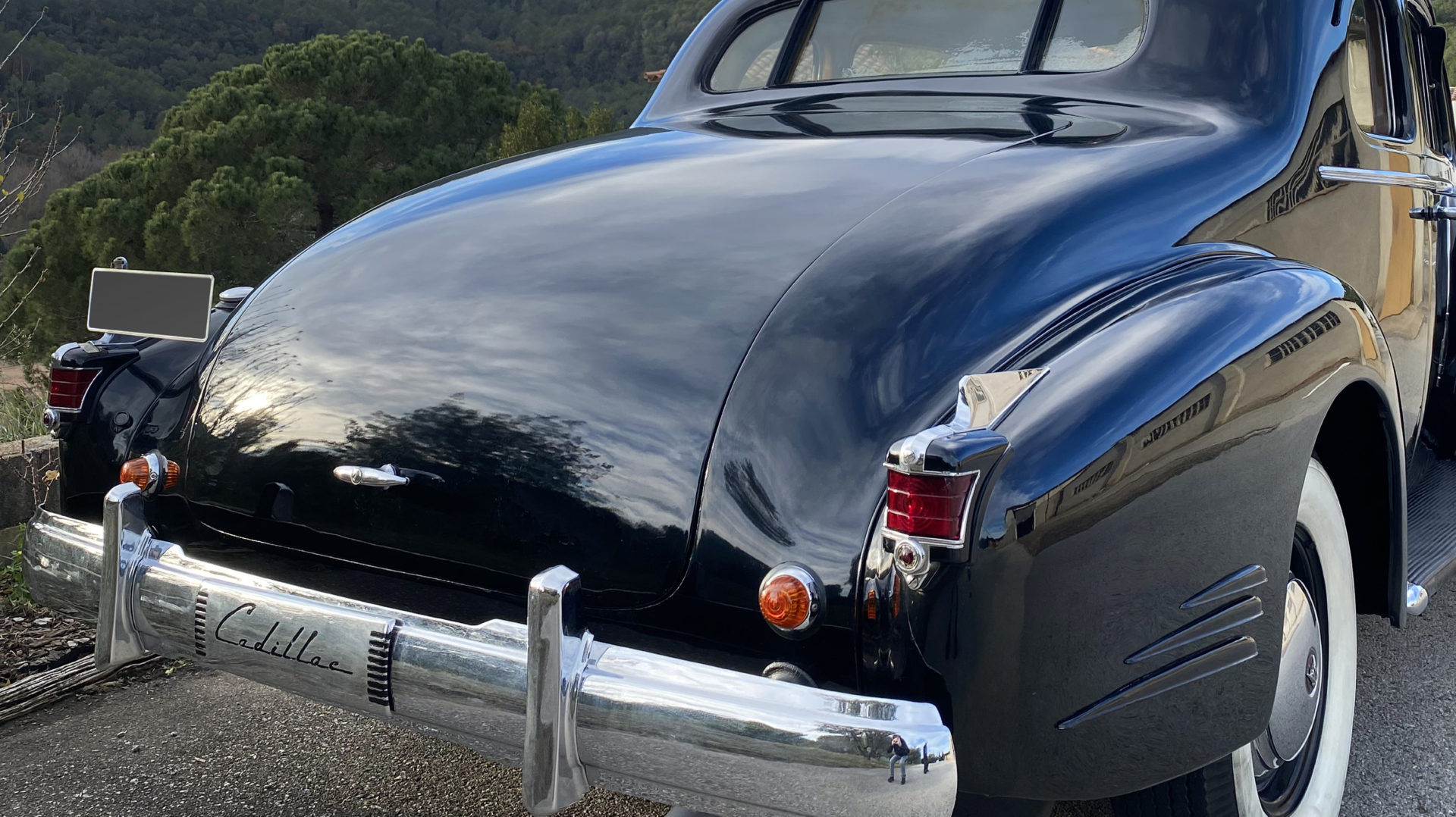 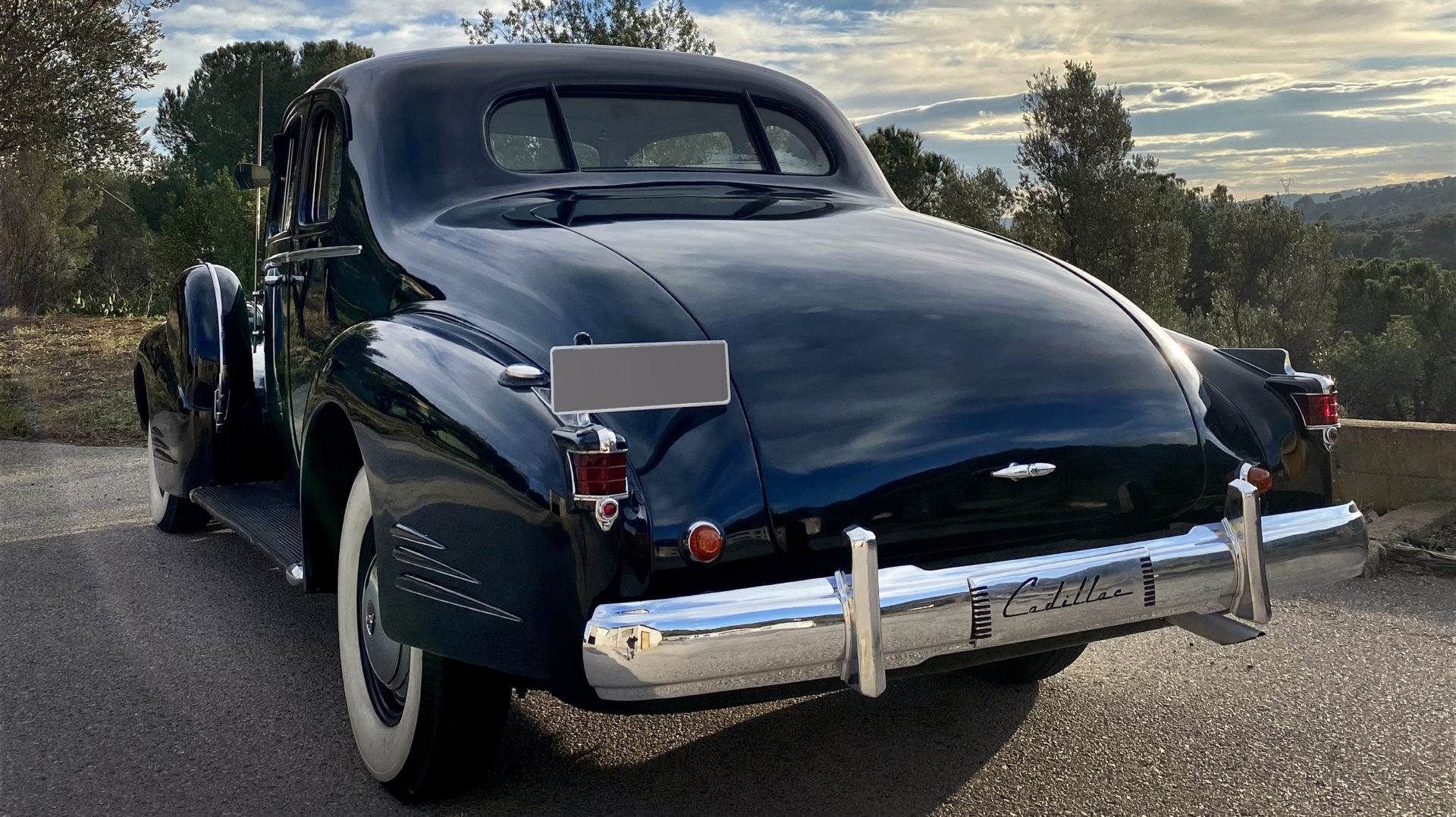 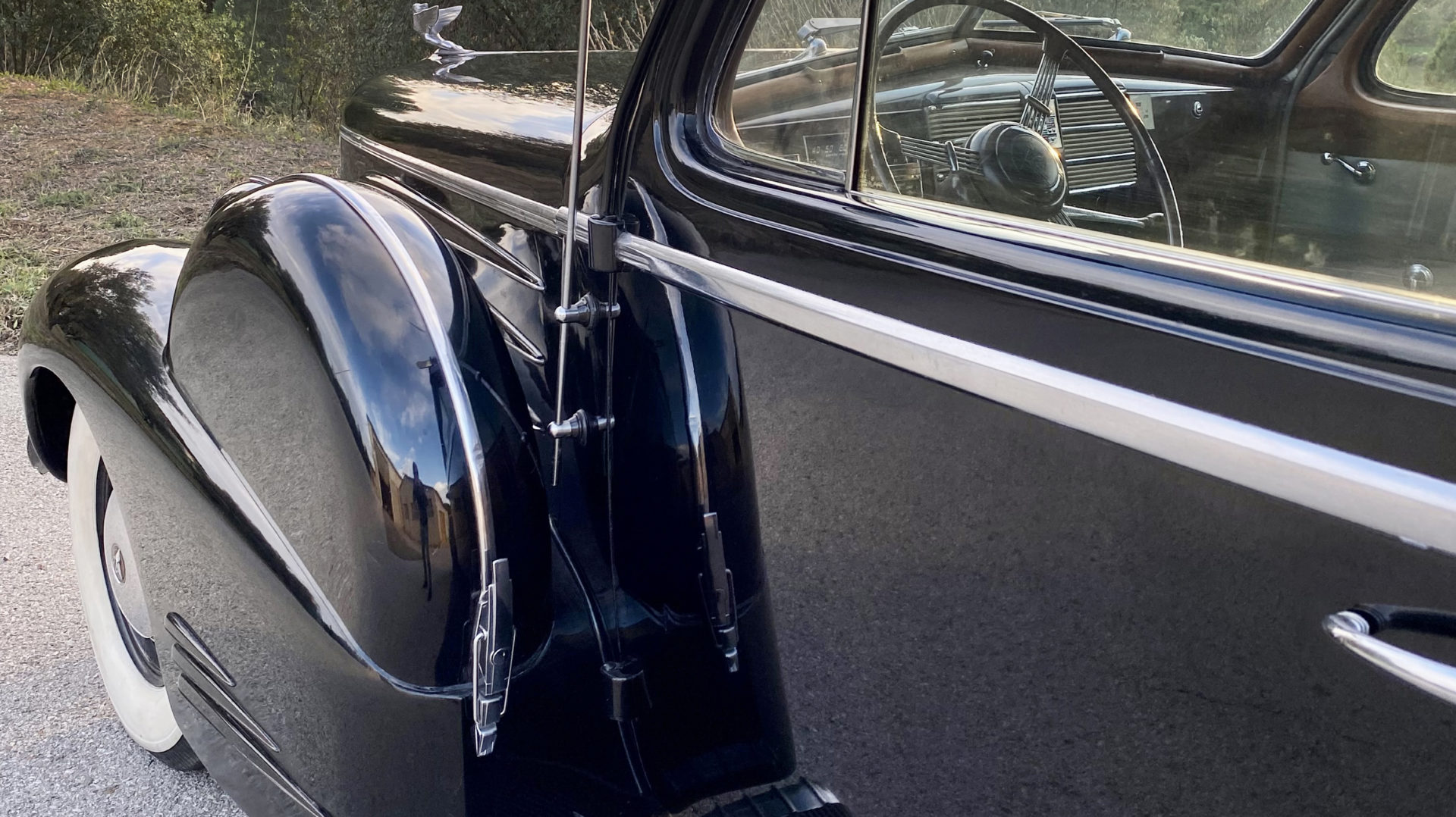 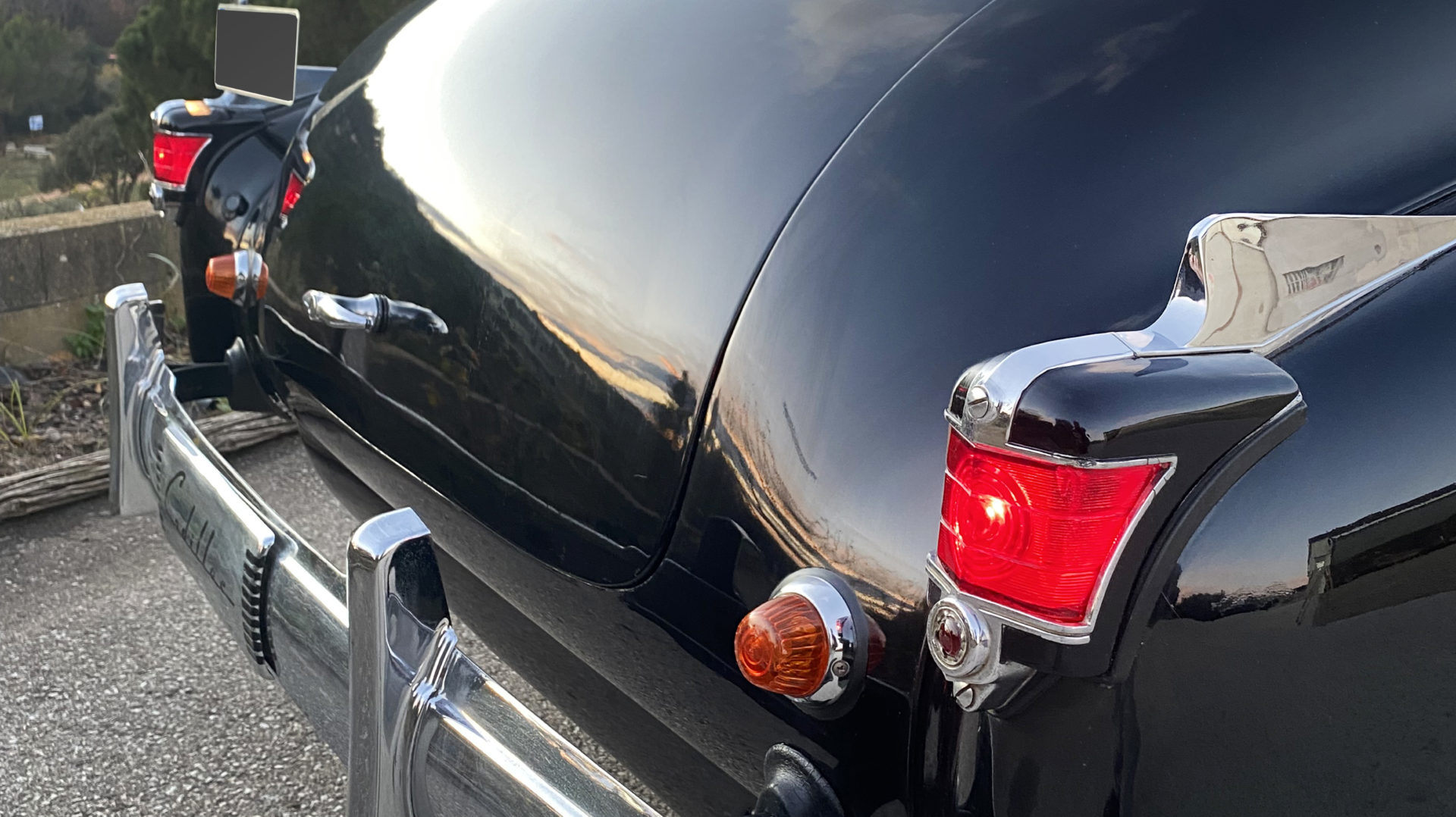 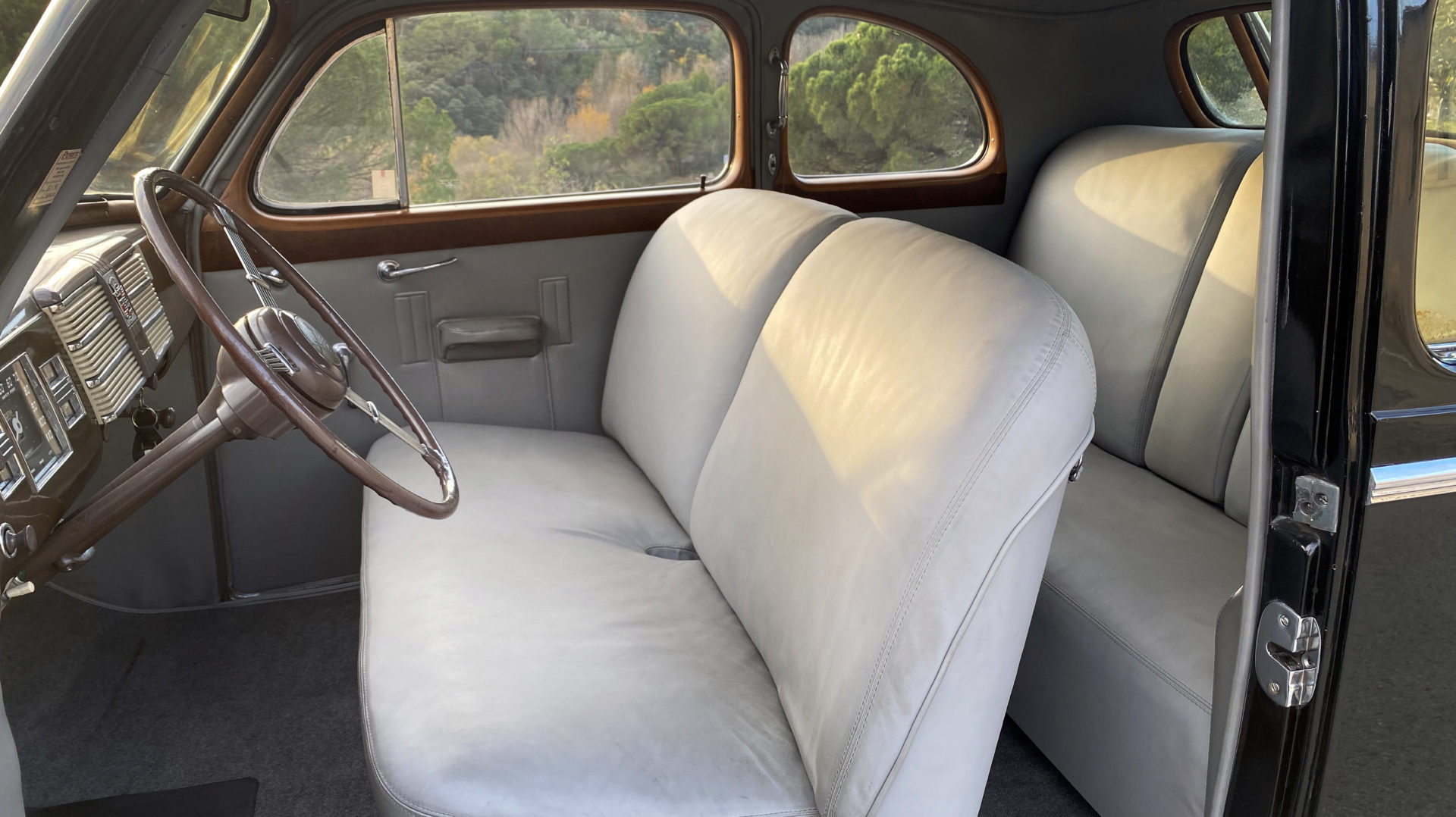 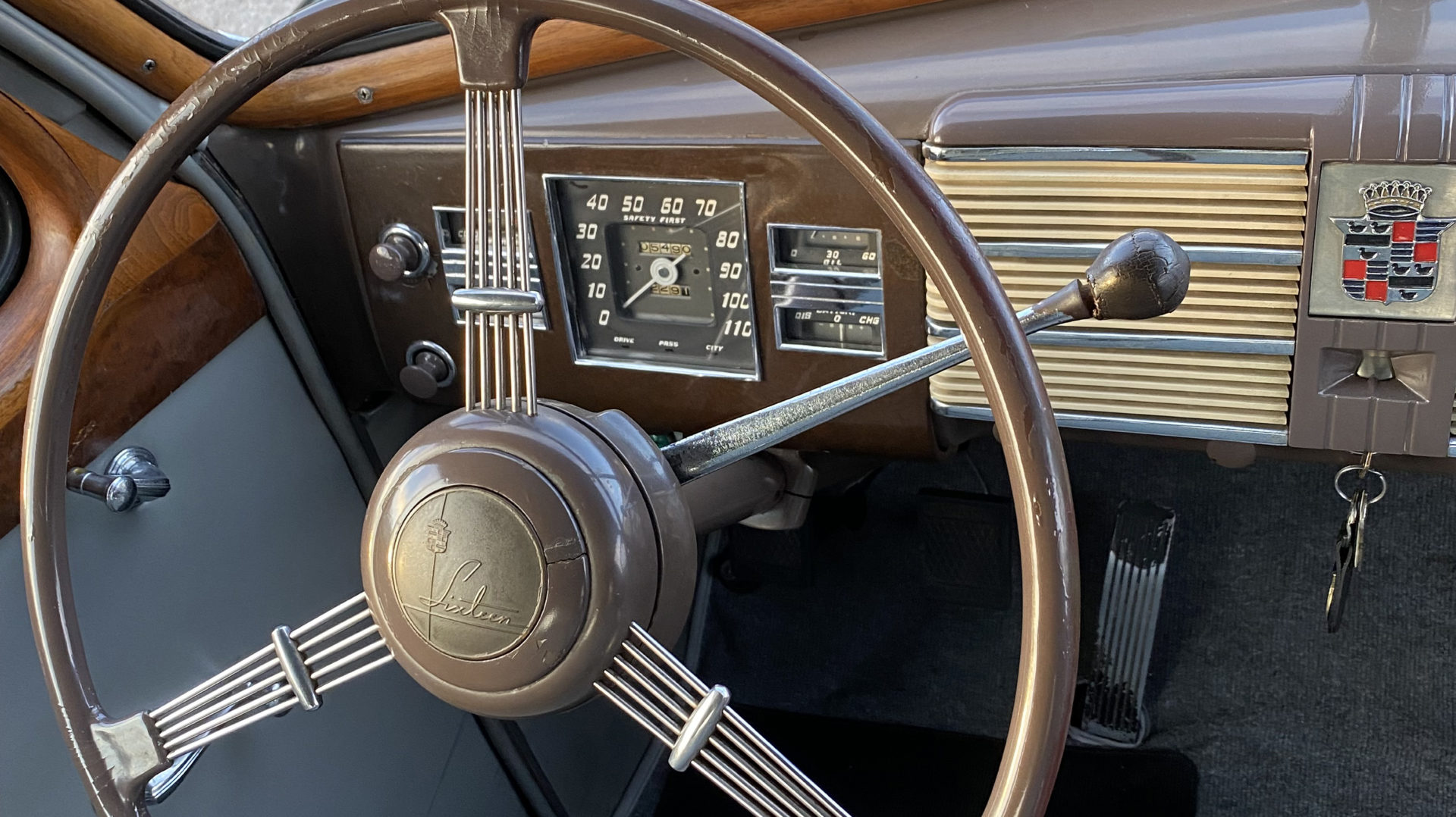 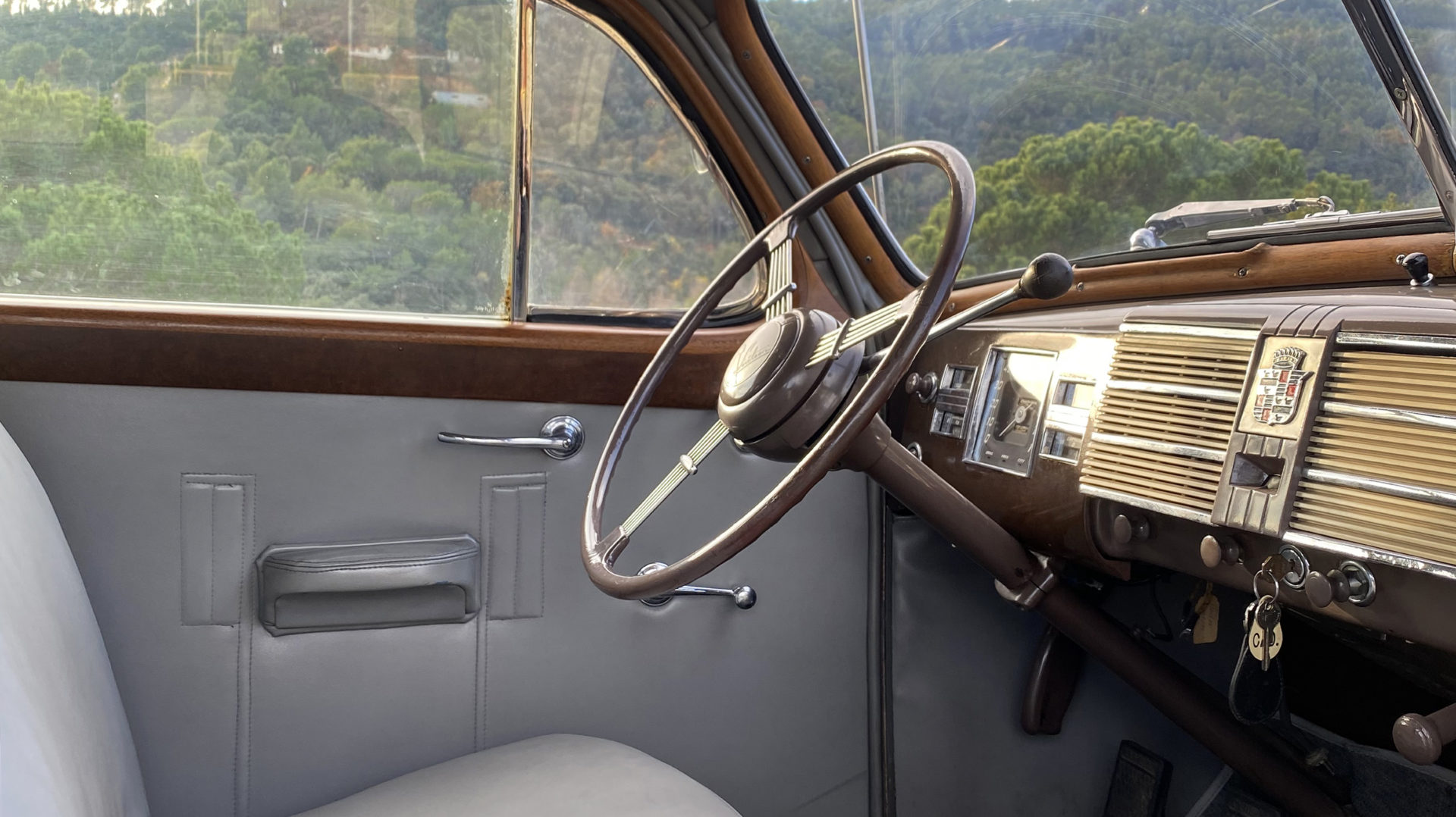 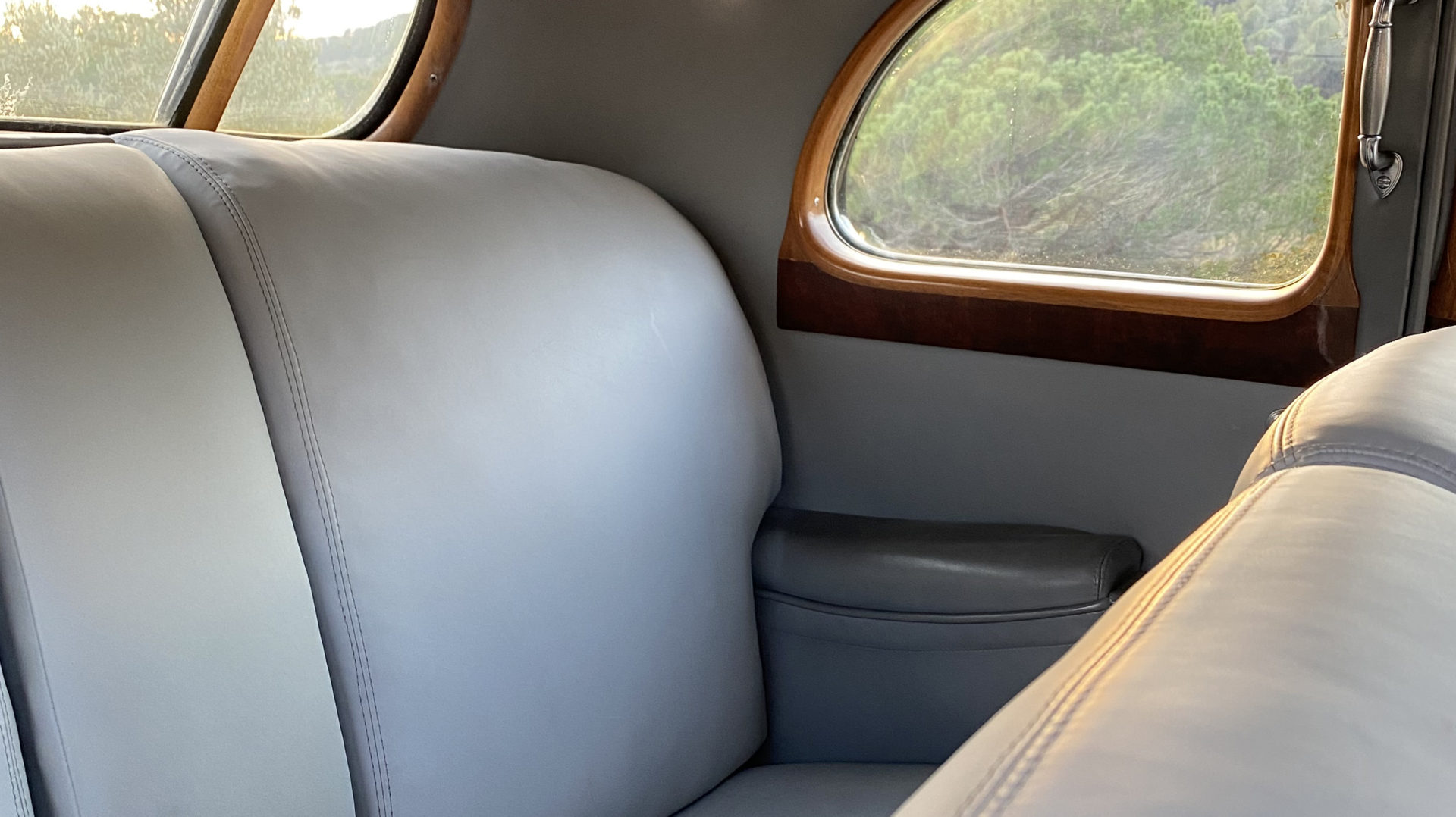 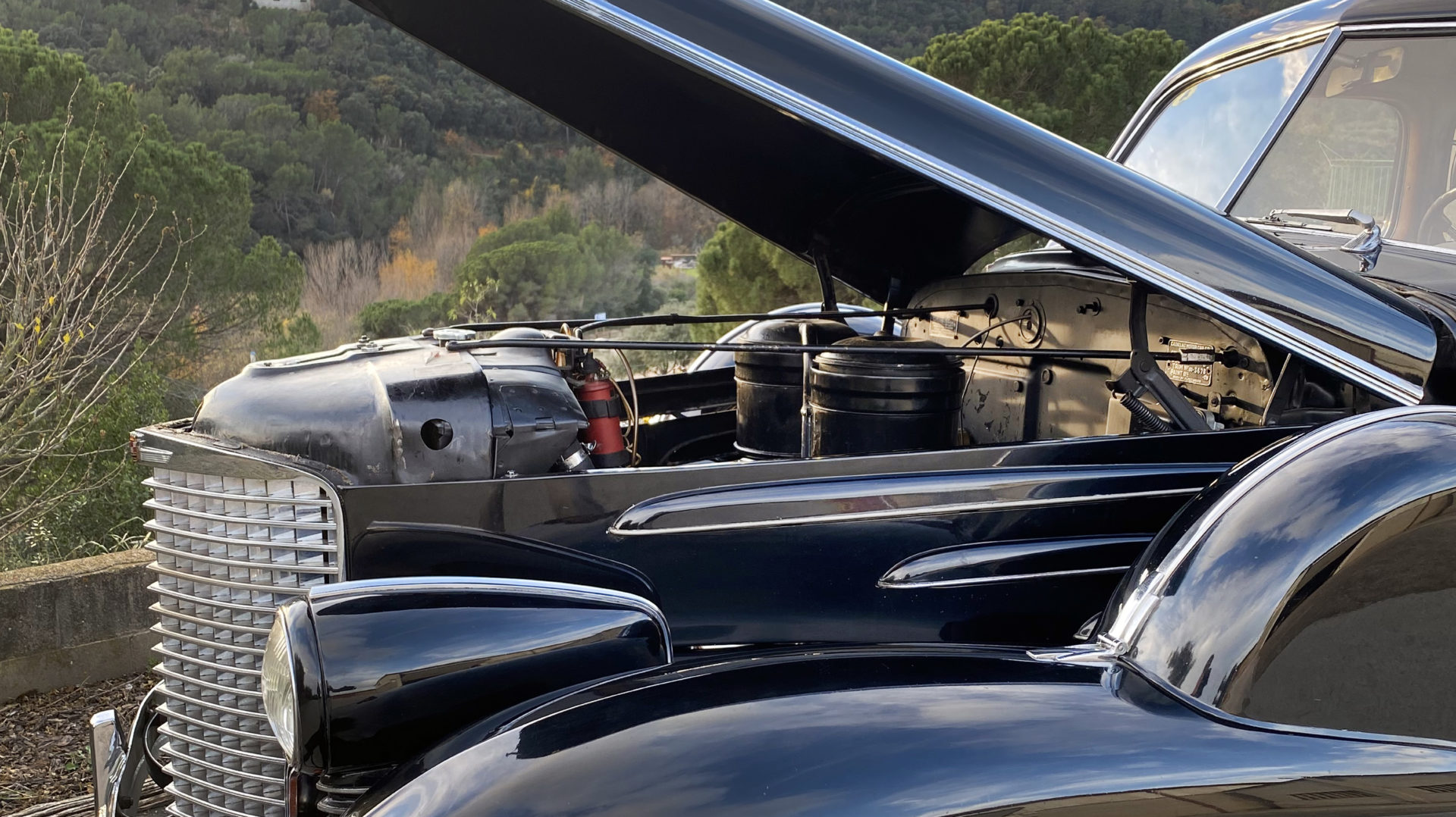 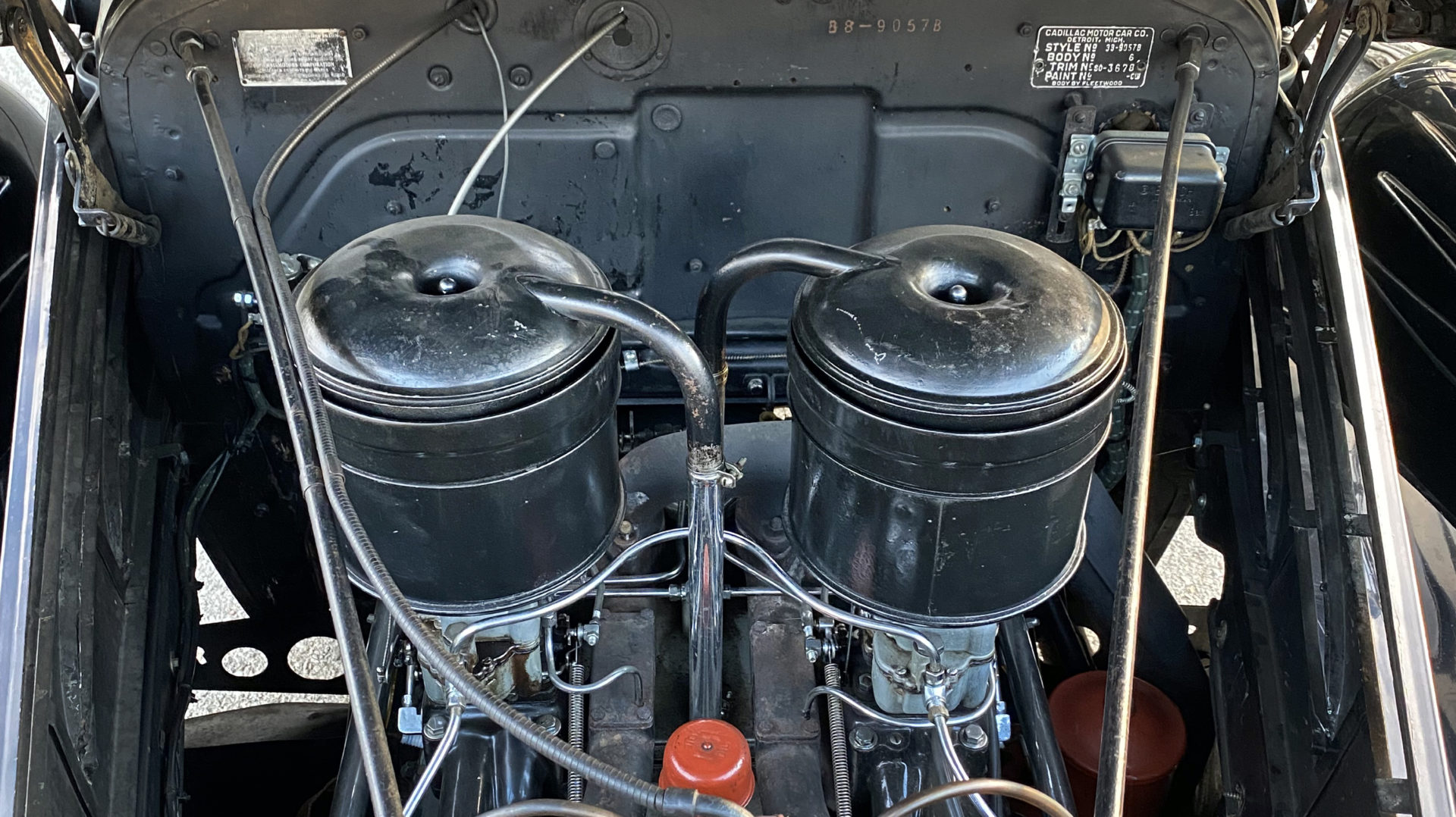 On January 4, 1930, Cadillac introduced a new top of the line automobile at the New York Auto Show with the introduction of its breathtaking new V-16. With this first V16 proposed in series production automobile, Cadillac instantly reached the head of the luxury class in one brilliant step. Until then, only Bugatti had produced a 16-cylinder engine, which was accomplished by bolting two eight-cylinder inline engines together—an innovation that was originally intended for aircraft use.
The original 1930 V16 had a 45 degree cylinder bank angle and overhead valve design.
In 1938 Cadillac introduced a second generation V16 with a 135 degree cylinder bank angle and with side valves. It was intended at easier servicing and lower consumption but with similar power. It was equiped with compact cylinders with “square” dimensions meaning equal size bore and stroke for 431 cubic inches (7.062 cc). The V16 engine had dual carburettors and manifolds at the center of the vee together with a pair of distributors one for each eight cylinder bank.
The new V16 produced 185 hp allowing top speed of 100 mph (160 kph) depending on body style. The new engine was 250 lb. (125 kg) lighter and less costly to produce than the preceding unit.
The Cadillac now designated Series 90 was proposed with Fleetwood bodies in different version and according to design by Chief Designer Bill Mitchell. All Cadillac V16 automobiles were built to individual specifications defined in accordance with the requirements of the customers.

The Cadillac V16 we are offering here carries identification number 5270296 and chassis 3421440, it was manufactured in 1938. Equipped with three-speed manual transmission, the car is finished in black with light beige leather to the interior and remains to this day largely unrestored and well sorted mechanically. The earliest whereabouts that we have in file show Mr Robert R. Woodward from Kerrville in Texas, who had the car registered to his name in 1984 and for which a copy of the title will be supplied in the dossier.
Later on the car was imported to Europe by Belgian collector Olivier Huygens, sometimes in the late 80s. Huygens then sold 5270296 to its current owner in 1991, who had it displayed at the Villa d’Este concourse in the late 2000s. It was ever since maintained by his personal mechanic and used sparingly but on a regular basis. Supplied with old bill of sale, FIVA document and various press articles, this example would enhance any American car collection. 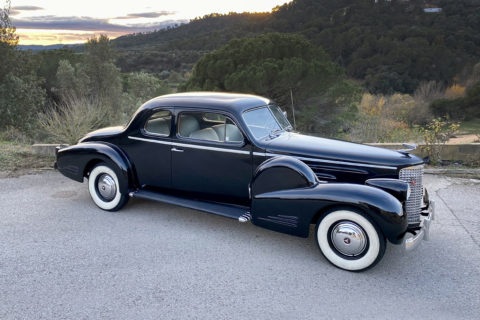 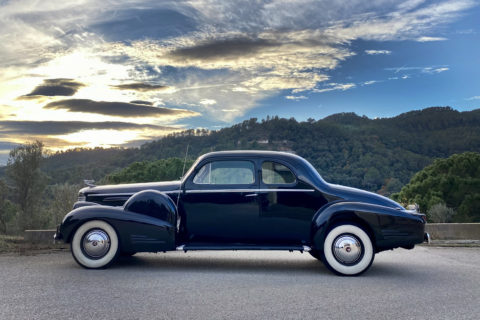 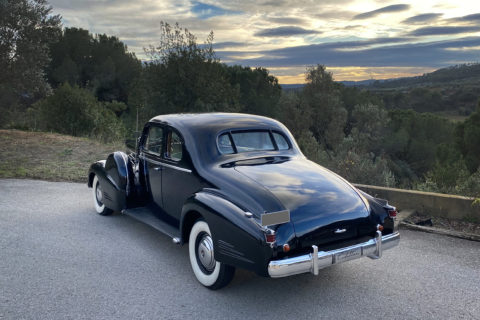 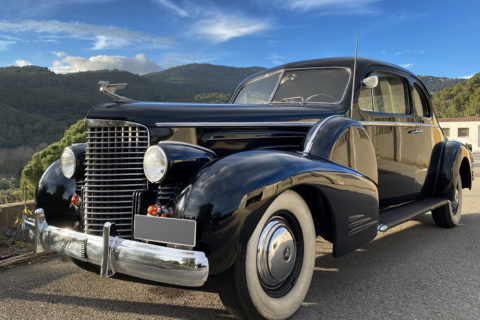 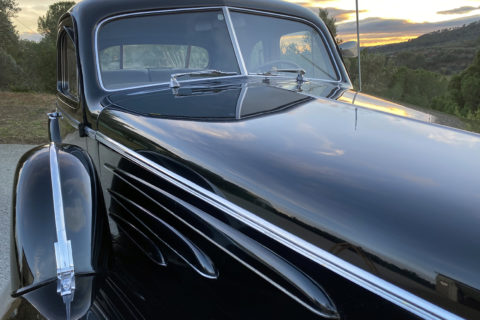 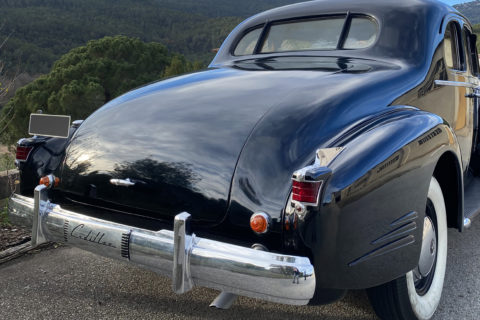 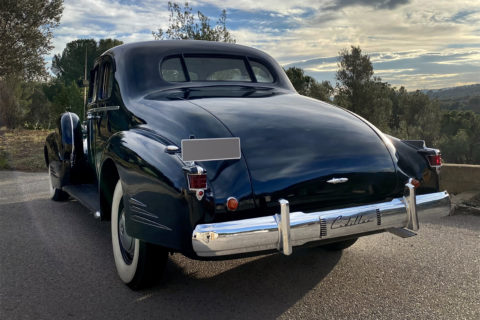 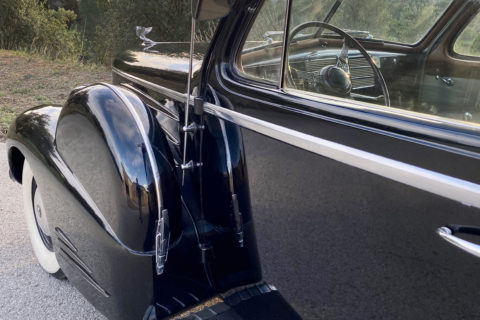 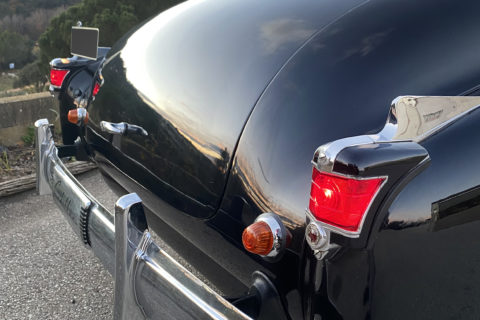 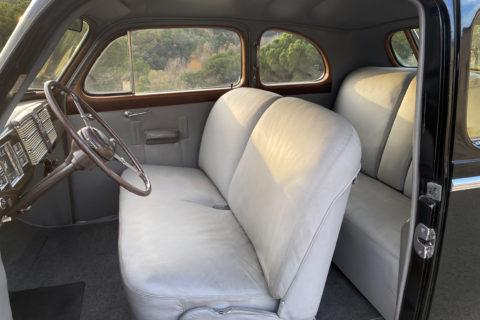 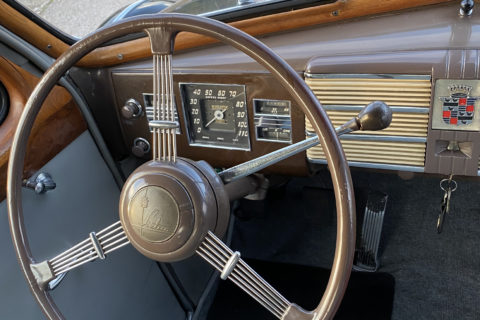 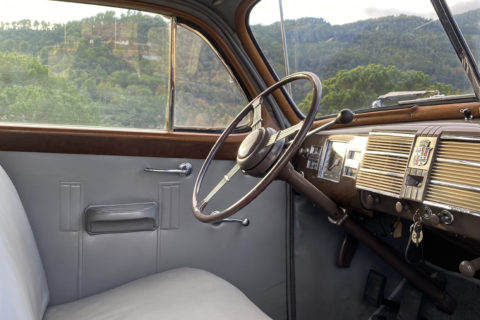 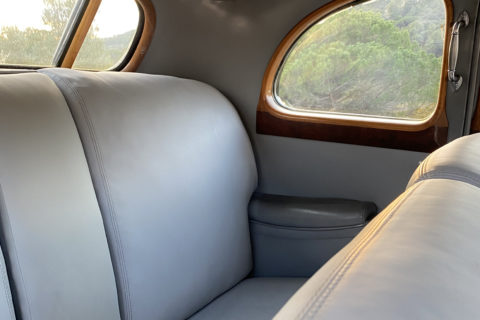 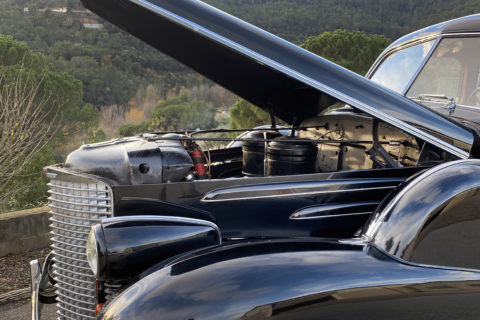 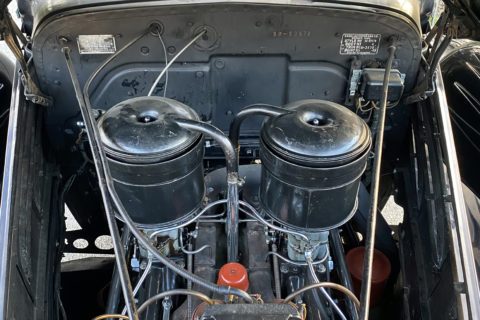