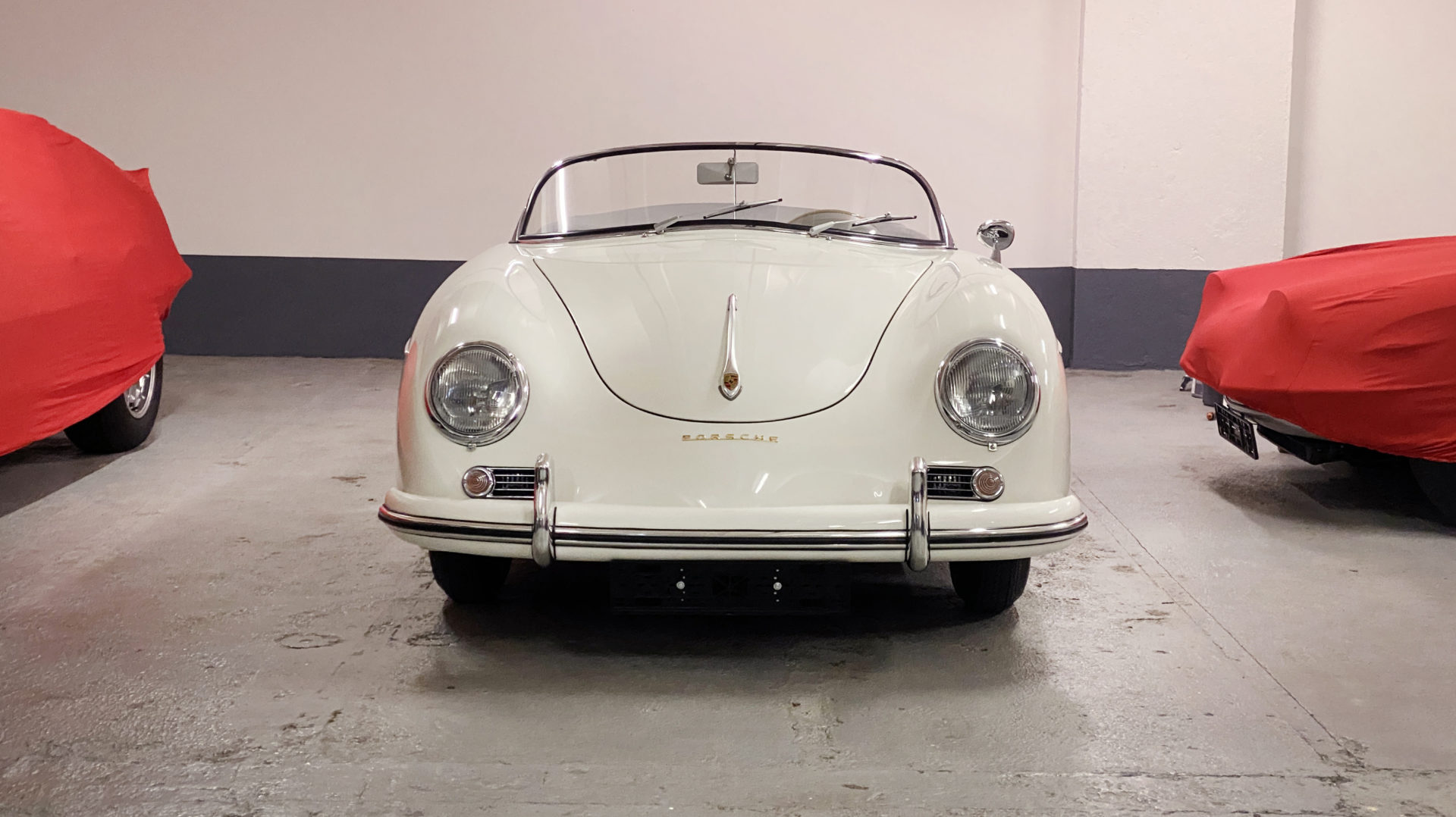 Although Ferdinand Porsche had established his automotive design consultancy in the early 1930s, his name would not appear on a car until 1949. When it did, it graced one of the all-time great sports cars – the Porsche 356. A cabriolet followed hot on the heels of the original 356 coupé and then in 1952 a trial batch of 15 roadsters was constructed at the behest of US importer Max Hoffman, who had persuaded Porsche of the potential for a ‘cut-price’ entry-level model. The roadsters’ successful reception in the USA led to the introduction of the Speedster model in 1954.

Instantly recognisable by virtue of its low, wraparound – as opposed to V-shaped – windscreen, smaller and entirely retractable hood, lower door waistline, horizontal trim strip at the level of the door handles, and twin bucket seats – all of which served to emphasise its sporting image – the Speedster was intended to compete with the cheaper British sports cars. The Speedster was powered initially by the 1.5-litre version of Porsche’s horizontally opposed four, gaining the new 1.6-litre, 60bhp engine with the introduction of the improved 356A for 1955. Priced at $2,995, the Speedster was the lightest of the 356s, enjoying a commensurate performance boost that meant over 100mph was possible. Allied to its already renowned handling characteristics, this meant that the Speedster was an instant success in the burgeoning American sports car racing scene. 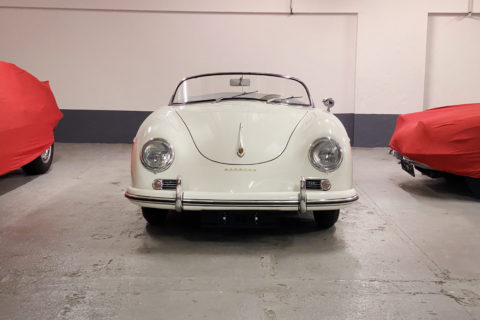